In an online Live session organized by Takatoat, women’s rights experts and activists have gathered to discuss the effects of the Covid-19 pandemic and the severe consequences that impacted women in Jordan, resulting in violations and violence against them.

The session, which was moderated by actress and content creator, Maria Alian, hosted the Executive Director and Counsellor of the Solidarity is Global Institute (SIGI), Asma Khader, and Analyst of the Gender-Based Violence Programme of the United Nations Population Fund (UNFPA), Yara al-Dir.

During her part of the session, Asma Khader noted that the violence against women doubled in Jordan during the pandemic, specifically during the curfew period, in comparison to figures prior to the pandemic. She described the curfew phase that passed on Jordan as “the blockade”, which prevented and deprived survivors of domestic violence and their families from seeking assistance and support.

Khader said while speaking about women who were subjected to domestic violence during the lockdown period that “continuing to stay with a violent person under pressing conditions exacerbated violence and heightened the fear of women because they did not have any way out”. She also stated that SIGI “received 800 complaints at the counselling centre from women who had been subjected to violence, knowing that in a whole year we [used to] receive approximately 600-650 complaints.”

Khader also noted that femicides were also on the rise during the lockdown period. The most heinous of which was the murder of a 14-year-old girl by her brother because she created a Facebook account. Khader highlighted that the lockdown period had revealed that there was no real intention to deter violence against women asinstitutions providing support services to survivors of violence during the lockdown period were closed. This has demonstrated the need for strong advocacy and mobilizing to pressure decision makers to revisit and Government decisions that limit access to support services for women who are survivors of violence.

Yara Al-Dir, during her part in the session, reviewed the results of a study carried out by the UNFPA during the lockdown. The study indicated that 71% of the study sample women and men state that they feel anxious and tense during the lockdown period. The majority of the responses in the study were by adult women, which was directly reflected in the increase in incidences of violence, specifically domestic violence, with 69% saying that gender-based violence increased during the lockdown period. The most prominent types of violence according to the findings of the study were psychological and physical violence, often committed by the husband or partner, and online harassment of girls.

Al-Dir also revealed that the COVID-19 pandemic had increased the suffering of domestic workers and refugee women in Jordan. The results of the study had revealed that the level of anxiousness felt by Syrian refugees was 10% higher than the rest of the study sample. She noted that the Jordanian Women’s Union Association conducted a study that showed that domestic workers were the most vulnerable group during the pandemic and that they were subjected to various types of violations including withholding of their salaries, and a great increase in working hours (with some reporting working over 20 hours per day).

About the Author: admin2020 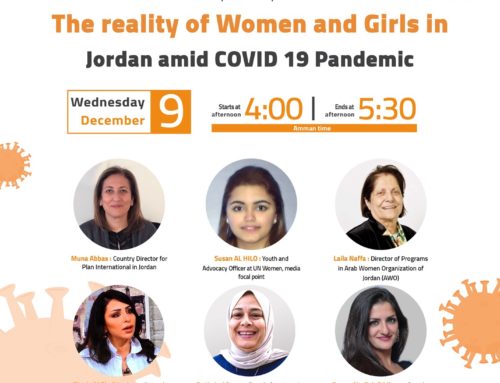 Realities of Jordanian Women and Girls During the Pandemic: Webinar conclusions and recommendations Gallery

Realities of Jordanian Women and Girls During the Pandemic: Webinar conclusions and recommendations 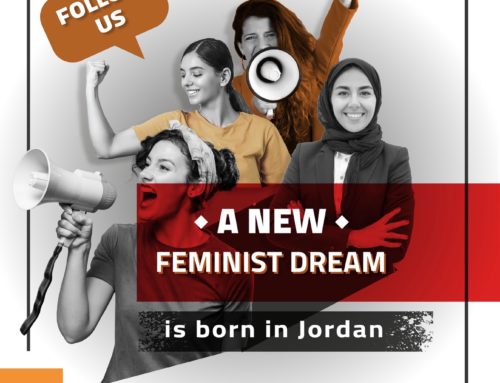 A NEW FEMINIST DREAM is born in Jordan Gallery